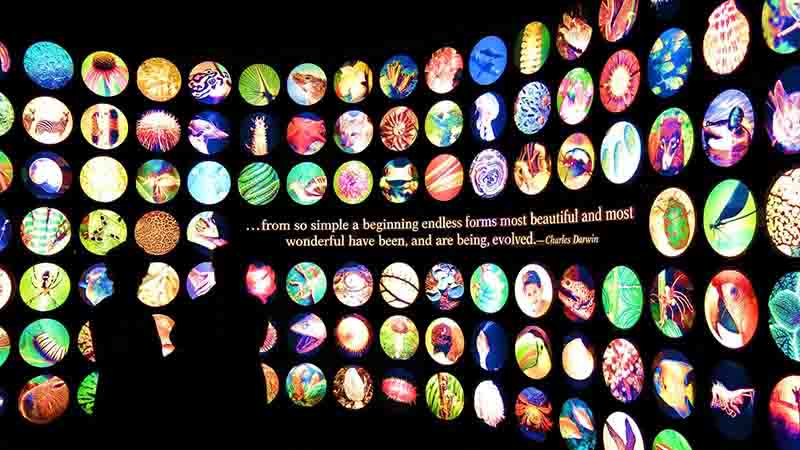 After billions of years of life on this planet an amazing plethora of organisms evolved, described by Charles Darwin as: “endless forms most beautiful and most wonderful.” My research aims to elucidate how this variation in form is reflected in the genomes of diverse organisms. I have a particular interest in the evolutionary forces that shape co-evolving genomes in systems where genomes are physically close, such as endosymbiont/nuclear genomes and mutualist/host genomes.

Researchers use the phrase “anything goes” when referring to the surprising increase of evolutionary plasticity in mitochondrial DNA across land plant evolution. As opposed to animals in which the mitochondrial DNA is usually very conserved and small in size, plants can have a plethora of uniquely evolved genomic features leading to highly complex structures reflected by large size, multiple chromosomes, and frequent recombination (Knoop et al. 2011). During evolution, these structures can frequently shift as documented for the order of Brassicales (Grewe et al. 2014). In addition to these unique genomic features, mitochondrial transcripts also require complex features such as trans-splicing and organelle specific RNA editing (Grewe et al. 2012).

Mitochondrial Genome of Lycophytes and Ferns 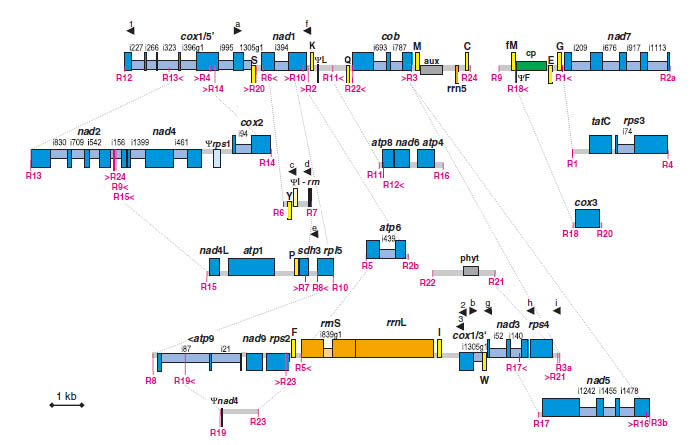 The Unique Mitochondrial Genome Evolution of the Geranium Family 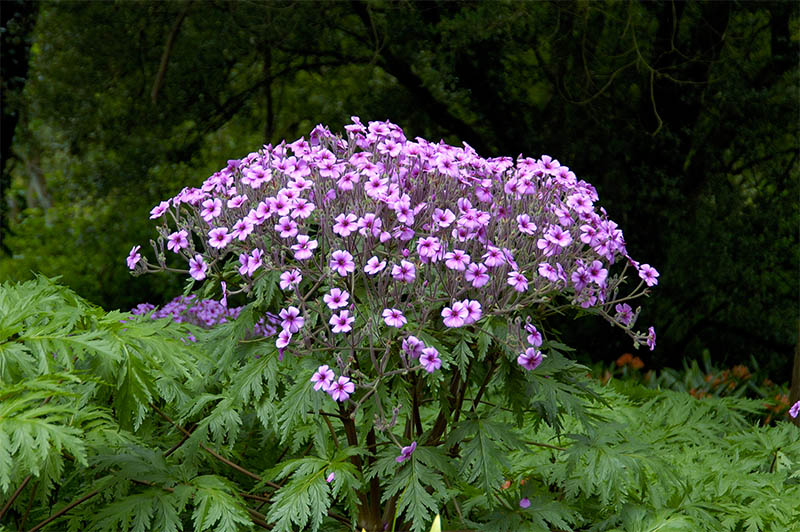 Translocation of the Maturase matR to the Nuclear Genome of Pelargonium

In one interesting case, genome sequencing of Pelargonium in the Geranium family revealed that the usually mitochondrial encoded maturase gene matR, which is predicted to encode for a mitochondrial splicing factor, was translocated to the nuclear genome in Pelargonium. As no transformation methods for mtDNA are established yet, the exceptional placement of matR in Pelargonium provides a unique opportunity for the first knock-out/down studies to ultimately decipher the functions of this exceptional gene. I am conducting these studies in collaboration with Dr. Oren Ostersetzer-Biran and his student Laure Sultan at the University of Jerusalem. 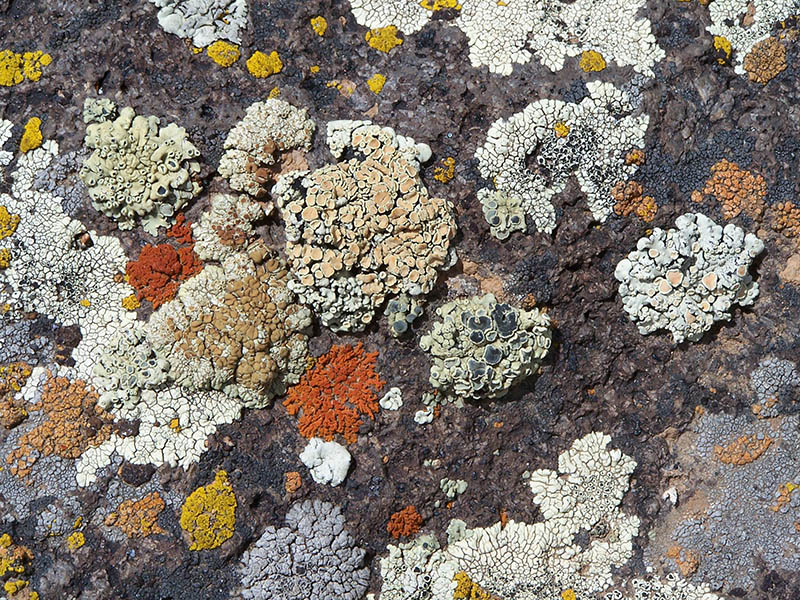 Lichens are composite organisms of fungi and algae or cyanobacteria (or both) living in a mutually beneficial relationship that occur across a wide range of environmental conditions. In my research, I am sequencing the genomes of lichenized fungi and their algal partners to elucidate how the genomes of intimately-related organisms co-evolve. With the world-wide distribution of lichens, I am also interested in determining the genetic and molecular basis of adaptive evolution in the lichen genome as a consequence of invasions into extreme habitats. For these studies, I am working closely with the lichen experts at the Field Museum, Dr. Thorsten Lumbsch and Dr. Steven Leavitt.

3. Nothing is Constant but Change 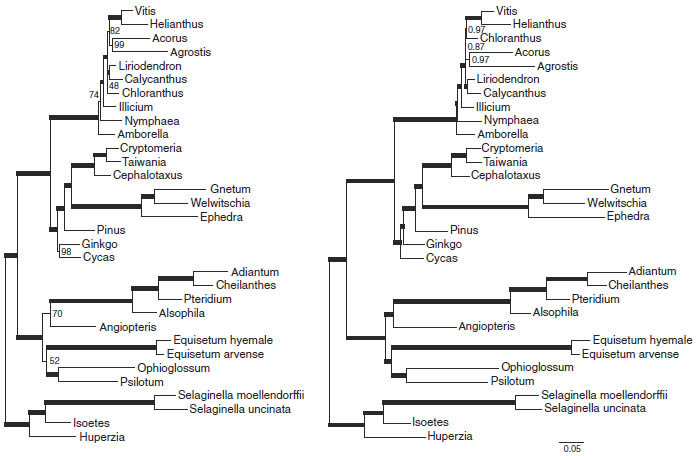 The amplification of data at the genome scale by next-generation sequencing provides additional opportunities for new molecular phylogenetic and phylogenomic studies. For example, with the sequencing of four fern chloroplast genomes we were able to reconstruct the structural evolution of chloroplast DNA during land plant evolution and created new phylogenies based on these sequences (Grewe et al. 2013). I am interested in continuing to use sequence data to answer remaining questions about the phylogeny of early branching land plants and lichenizing fungi. Only with the resolved phylogenies of these organisms will we be able to successfully trace the mysteries of their genome evolution.